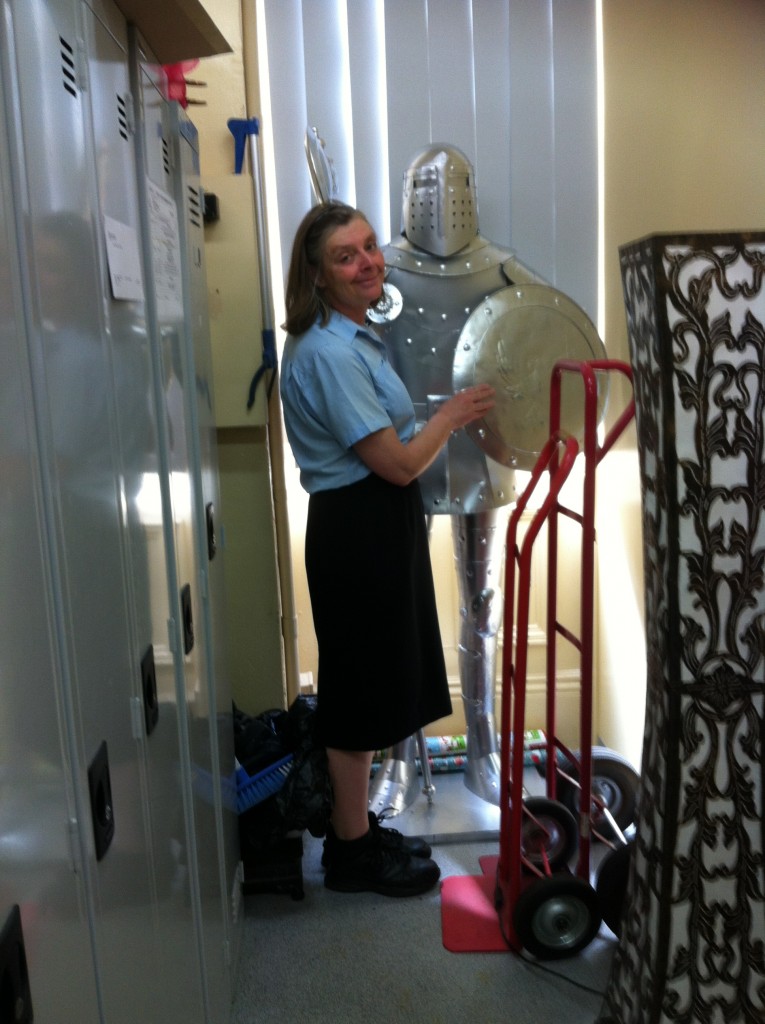 A new friend. He was found abandoned in a railway station car park.

School’s out – at least for the final year students and it sure shows.

This week, the train driver and I suspected there were kids riding on the rear coupling of the 12.04.  A sticking out leg is kind of a giveaway.  When a driver looks in his rear view mirror the train behind should look smooooth.

“For those riding on the back I’m calling the police,” the driver said over the intercom.

I don’t know how they heard him, but the kids jumped off the back.  Then rear carriage doors opened and two more kids popped out followed by another and another and another.  In the end there must have been a dozen on the platform.

I was thinking about locking myself in the office.  12 teenagers is too much even for a big bold station host like me.  But they all jumped over the fence at the other end.  I could hear them laughing as they ran away through the park.  No doubt it was all about the narrow escape they’d had.  I suspect their interpretation of a narrow escape is different from mine.

O.K.  It’s time for some relief from things we cannot change (so that we can marshal our strength for the things we can.)

Time for another Station Story

My gloomy morning was vastly improved by scaring teenage train-surfers.

Here’s how it went.

The driver of the 11.37 down train got off and walked down the train to check the back for the kids he saw hopping on the back.  There were no kids there anymore, but they had graffitied all over the window of the rear driver’s cabin which meant the train was no longer safe to drive back to the city once it had reached its destination.  This is a major reason why your trains are cancelled, people!

I’ve started checking the back of all the trains now and with the next down train I hit pay dirt.

As I was checking the rear coupling some boys got off the final carriage. The head of one of them appeared around the end of the train.  He saw me on the opposite platform and waved sheepishly.  Suspicious.  There were four of them all around 13/14, clearly too young to know how to look innocent.

The train sat and sat in the platform.  3 minutes, 5 minutes.

I thought there must be some serious emergency so I went over to the opposite platform to see if the driver needed help.

The boys were milling round on platform 2.

“Why isn’t the train moving, Miss?”  (I love how cheeky boys manage to make Miss sound like an insult).

The cheekiest said “Can I have your beanie, Miss?”

“I’m just going to check what’s wrong,” I told them though I had already had an idea what was going on.

On seeing me the driver came down the platform.  “I’ve called the cops” he said, loud enough for the boys to hear.  “We’re just waiting for them to come.””

Wow the speed with which those boys took off! Impressive.  They ran and ran and didn’t stop running till they reached the other side of the second oval. No more riding down the line graffiting the back of trains for them that day.

I should have done a high five with the driver.  Result!