People are perplexing.  One of my regulars drives a motorized wheelchair.  He’s a pleasant looking young chap perhaps in his early thirties, neatly dress.  He probably has cerebral palsy because he stammers badly and when he gets off his chair, he walks crookedly and with difficulty.

We’ve had some nice chats since he moved into the area.  I thought he was down here in respite care while his parents were away on a cruise, but he seemed to be here for ages and ages – always longing to get home to his own place.  Then one day he was very excited because he was off to his hearing.  That was when he revealed that he was actually living in the area on a court order.  An AVO (Apprehended Violence Order) had been issued against him because he’d been stalking a local girl.  Maybe he only told me because he was certain the AVO would be lifted.  But it wasn’t and still hasn’t been after 6 months.

I realized that I had assumed that a guy in a wheelchair was harmless.  So I’m confronted with my own “ableism”.  Just because someone is disabled, doesn’t mean they can’t be dangerous or criminal as the next person.

Also as a good paid up member of the feminist sisterhood, should I be chatting pleasantly to someone who has stalked another woman?  Isn’t that just normalizing such behaviour?  And yet this is a situation that I know nothing about. Who am I to judge without knowing all the facts? Is it indulging in mob behavior to suddenly start snubbing him?

He has told me he’s sorry for the whole situation and that he just wants to go home.  I don’t know.  I guess in the end you just treat people as you would like them to treat you. I have a very strong belief in hating the sin, not the sinner.  Or maybe I just don’t like confrontation.

The International AFL Cup is being played in the park nearby and footballers from countries such as PNG, Fiji and Croatia as catching trains at my station.
While the French team wait, one of the players pulls a Winnie the Pooh book out of my children’s book box and starts reading it to the others who “oooh” and”‘ahh” at all the sentimental bits about the importance of friendship.
Outside freezing rain is streaming down, but inside I am being treated to the sound a Frenchman saying the word “Heffalump” Ooh la la! So cosy!
****
When people come into the station, I try to greet them with a “Hello, your city train will be here in … minutes”. This usually takes the worried look of their faces and they mostly say thank you.
The other day when I said “Hello your train will be here in 6 minutes” to the man frowning at the ticket machine, he didn’t react at all so I figured he hadn’t heard me.
He was still frowning when he came out onto the platform so thinking he was worried, I repeated my greeting.
To which he replied, “I heard you before. I just didn’t want to talk to you.”
This startling piece of rudeness put me in my place and no doubt relieved whatever tension he was feeling.
But be aware, any rudeness I experience from customers, I assume is directed at my uniform. So I don’t take it personally. Instead I store it up to giggle over with my work mates later., Which is what we did that day.

The station and the Zoo are very quiet in mid-winter. I do my best to keep warm and keep entertained. I observe my regulars.

One young man has been taking the train down to the gym every day and has metamorphosed most wonderfully from a doughy lad into a sleek athletic god. Another regular breeds guide dogs and shows me pictures of the pups.

I watch the magpies and their fledglings as they monster people for a bit of sandwich or a twistie. Handsome thugs! Sometimes I have to chase them off.

Last week’s peak event was finding three orthotics students sitting on a bench comparing the artificial legs they had just finished making. Not often you see three false legs together.
This week, I gave a broke young man a couple of dollars to get his myki working. He was very grateful. “At least let me play you a song” he said pulling out his guitar.
Every station needs someone strumming a guitar especially if they do it well.
He played a song asking why the world is so beautiful hanging in space and why we have these wonderful lives only to die. I knew I‘d heard it the radio but before I could ask him what it was the train came in and he had to grab his guitar case and hustle away.
Now I will never know what the song is. Unless someone out there knows it and can tell me?

As per the request of my lovely nephew, I have posted these two on my website. Now my social media will be protected from Zombies.  Love you lots Sascha! 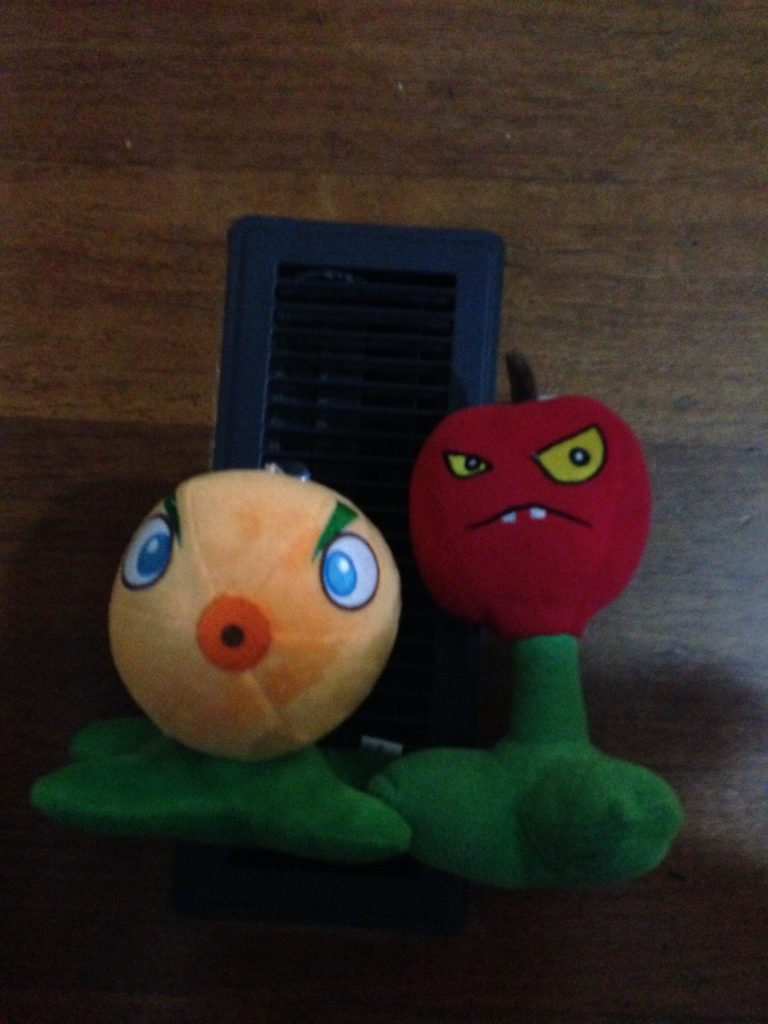 It’s after midnight on a Sunday night and I’m standing on a freezing station platform wishing the last train would hurry up and come in.  I’ve been rostered on to help with the Occupation, but the thrill of earning overtime has well and truly worn off.

This Occupation has nothing to do with the German Army or the Occupy Wall Street movement.  Instead the tracks are being “occupied” by construction workers, beginning the long slow process of lowering the train track under a road ahead so that the level crossings can be removed.  I suspect in this instance the term “occupation” may spring from the tribalism of the railway workers of yesteryear who regarded construction workers as “outsiders” in their territory.

My part in this great task is to make sure everyone gets off the train and onto the buses that service the stations further up the line.  I even get to make announcements through a microphone. As the evening chills and the trains get further and further apart my work mate and I take to walking 7 minutes round to the station house to get warm and eat too many biscuits and 7 minutes back before the train comes in.  This trek really helps pass the time.  A suburban railway station on a Sunday night is NOT an exciting place.

We are abused by a South American lady who has missed her train by several minutes because there are no signs up.  (There are signs everywhere but somehow it’s never enough) But I am also given a little KitKat by a young woman in a veil after I help her locate the husband she’s mislaid on the train.  Swings and Roundabouts.

Between customers we chat to the train/drivers, the casual customer service staff and the flagman whose job it is to stand by the tracks holding a red lantern to prevent the trains accidentally going further and hitting the workers. I had a friend who was a flagman and used to wax lyrical about how romantic and magical the still early morning hours were.

The clear starry night sky with its half lemon of a moon is indeed magical but even the romance of the midnight hour cannot disguise the ugliness of this suburban station with its asphalt platforms, its rubbish strewn gravel car park, and the barbed wire fence hung with shreds of plastic.  Twice we see rats scurrying around on the tracks.

At long last, its 12.45. The last train has gone and it’s time to pack up the buses and signs. But the flag man is still there standing by the tracks with his lantern.  This is because of “ghost trains” – unscheduled empty trains that are moved about the system in order to be in place for Monday morning’s rush hour.  He will be there standing by there until the workers finish at 3 am.