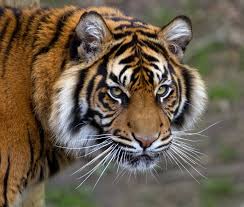 “Hey do you want to see a tiger’s whisker!” cried one of the Zoo Volunteers. “One of the keepers gave it to me because it was my last day.”
The romance of it! A really truly whisker from a really truly tiger in my very own hands.
I thought it would be soft but it was remarkably hard something like the vane of a bird’s feather only sharper both on the ends and along the edge. A delicate and at the same time savage thing with just the tiniest splodge of black on the tip. It looked like it could be used a needle for sewing a delicate fabric like sea silk https://en.wikipedia.org/wiki/Sea_silk or a dart used for harem assassinations.
Any other suggestions? 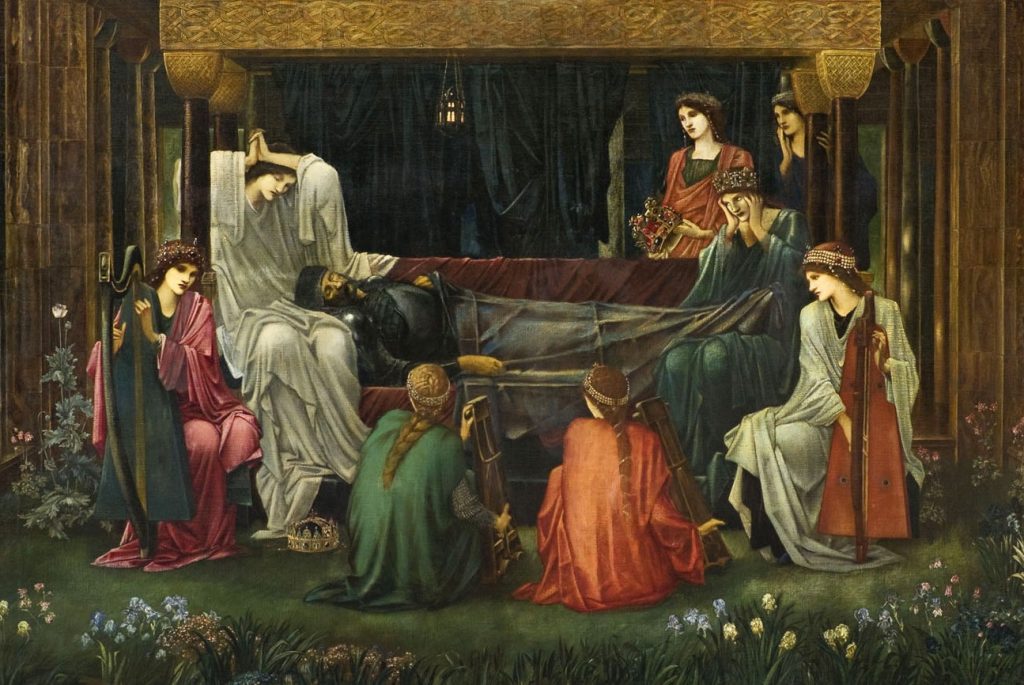 Edward Burne-Jones 1898 The Sleep of King Arthur in Avalon

Recently I spent a Saturday shift de-training people (which is not nearly as exciting as defenestrating people or even as exciting as training people)
You walk down the train carriages making sure everyone is out before the train turns around and goes back to the city. It’s a simple job that mostly involves waking up people who are sleeping or engrossed in their ipods.
The only sleeper I had, a young man in black and a cloud of alcohol fumes, just wouldn’t wake up.
I shook him calling” Mate! Mate! Wake up!” (the magical railway incantation to awaken sleepers – I wonder if it works on Sleeping Beauty and the King under the Mountain- see above) The train driver also tried. No Joy!
We shrugged and gave up.
“I hope he’s still alive,” I said feeling guilty. He had felt warm enough.
“I once heard of a dead guy who travelled round on the London Underground for three days before anyone noticed him,” said the driver cheerfully.
This gruesome story pricked my conscience and after I’d finished checking the train I went back and tried again, this time shaking harder and yelling “Mate! Mate!” louder.
After a while the man stirred, lifted his head and regarded me with bleary eyes. I told him the train was going back to town. He put his head down and went back to sleep.
But at least I’d made sure he was alive! Job done.

I’ve got a new regular.  J- a small neat slightly balding elderly man, who always wears a grey pullover over a series of attractive floral summer dresses. He’s friendly and we’ve swapped names, but he doesn’t have much conversation.  He just stands outside the station barelegged in the freezing wind, smoking strong smelling black market tobacco.  I felt relieved yesterday when he showed up wearing stockings under his usual ensemble, but the effect was undermined by the fact that they were held up with obviously uncomfortable garters and he kept lifting his skirt to adjust them.  He has fabulous legs – dancer’s legs – and nice little flat shoes. I see him walking along the bike path sometimes, trailing behind someone who I suspect may be his social worker.  “Look out for the bikes, dear,” she calls back to him.

J is not my only regular cross dresser.  There’s also a wheelchair man from further up the line who goes past the station in the train.  Sometimes he’s in women’s clothes, sometimes in men’s, sometimes in a mix.  But always he wears these dreadful unbrushed bird’s nest wigs that look like they’ve just been taken out of a drawer and plonked on his head.  But he has a lovely smile and we always wave as he goes past.