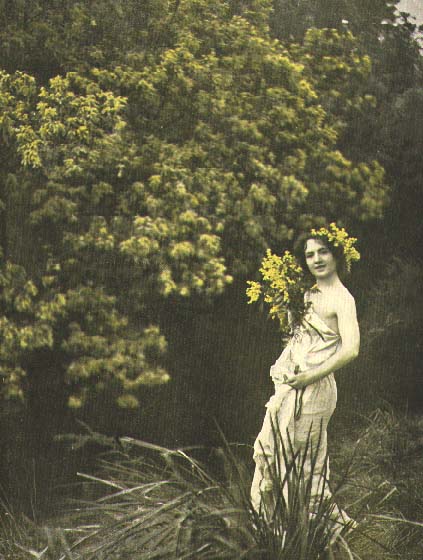 On the last beautiful Monday morning I became aware of something odd going on in the garden outside my station.  There seemed to be lots of people wandering about dressed in sheets???. So I pottered down to investigate and discovered some lovely young ladies wearing draperies lurking round in the trees.

“We’re Wattle Nymphs” they told me and kindly posed for a picture.  The whole thing had a very 1920’s vibe which was confirmed when another young woman showed up with a camera and told me they were making a film based on a series of photos from 1921 called Wattle Nymphs. http://www.anbg.gov.au/campbell.wattle/

Filming finished the modern Wattle Nymphs floated away across the railways line still in their draperies and drove off in a four wheel drive.  Not so 1920’s there. 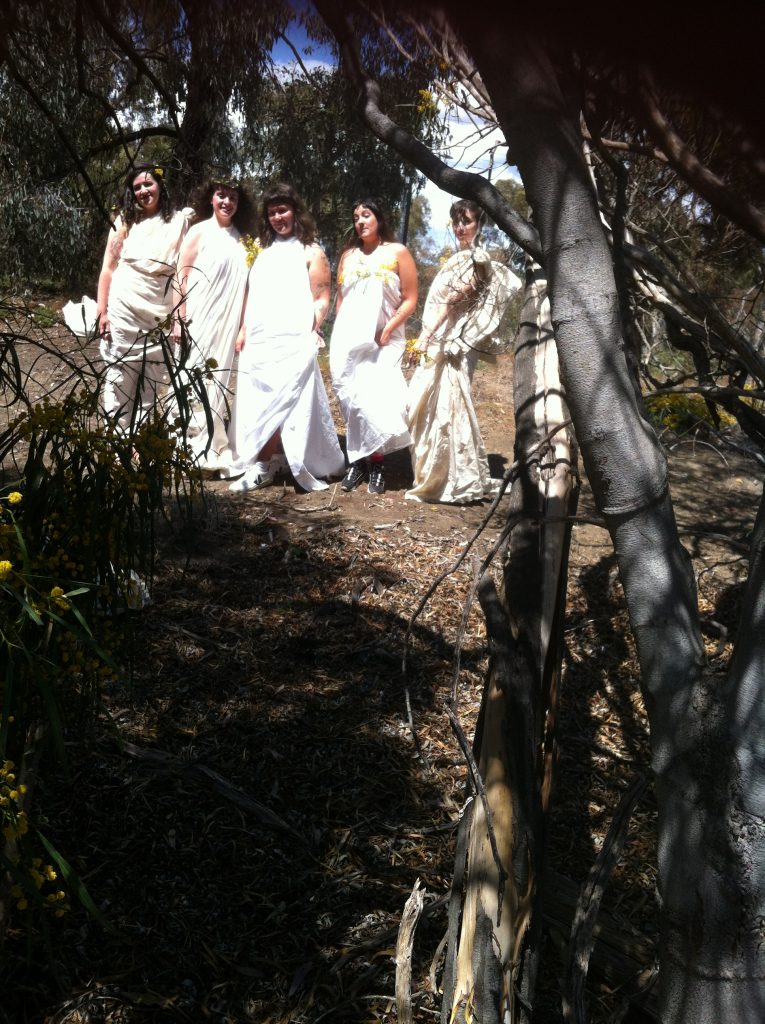