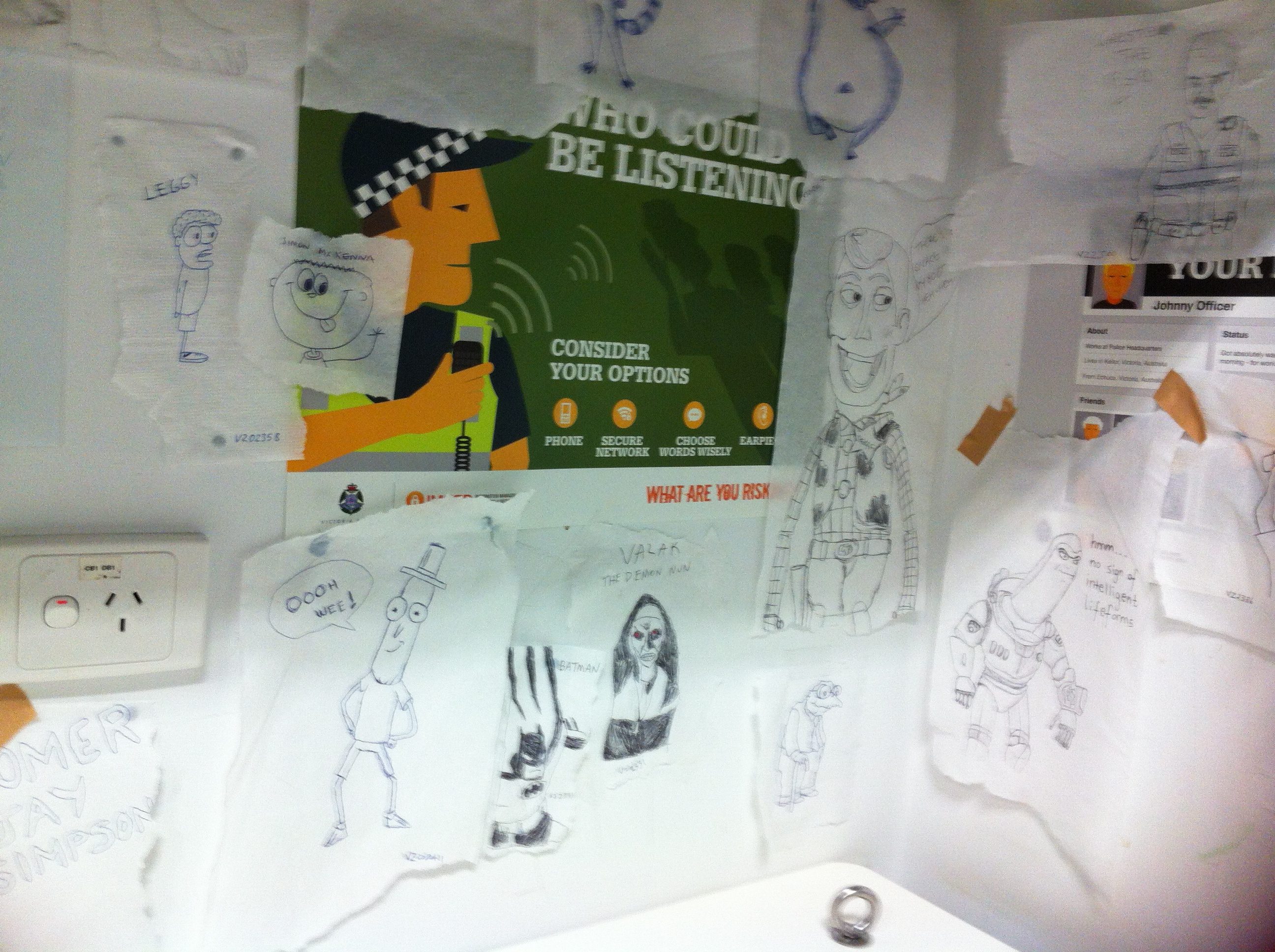 One late night meal break about six months ago, a bored Protective Services Officer drew a picture on a piece of paper towel and stuck it on the wall.
Since then many of P.S.O’s who staff Zoo Station on a rotating roster, have added little cartoons/sketches to the wall signing them with their departmental numbers. Such a pleasure to open up and see what popped up last night. Some are quite talented, some seem to be tracings of pop culture figures but if you can’t draw… – well my favourite is one labeled Mick the Stick which is just a line. My least favourite is of a certain American President. Does he have to be everywhere?!! (an no I shall not put him in here.) 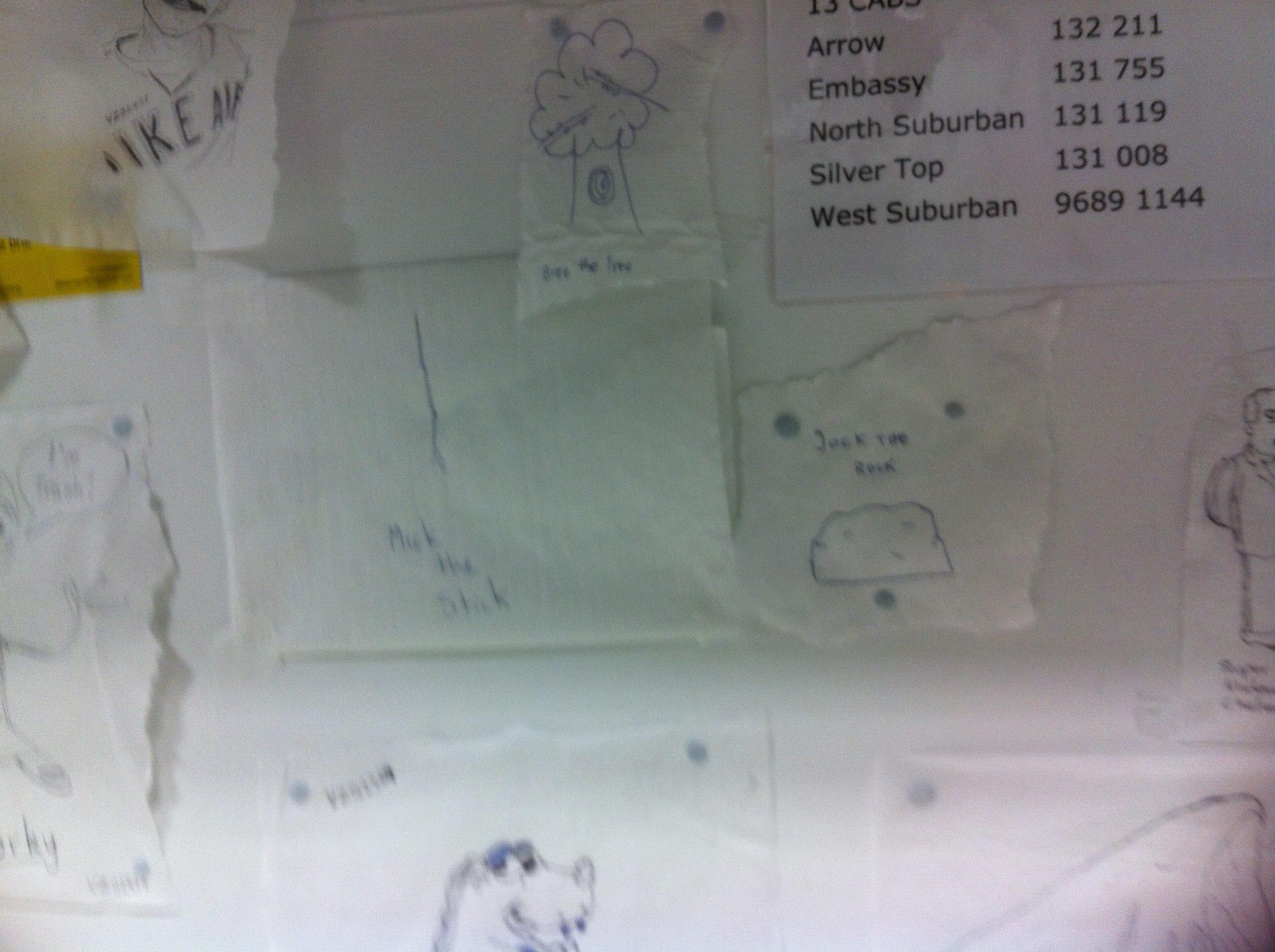