Last Monday week while I was going to work, my train suddenly stopped between Brunswick and Jewel two inner suburbs famed for their small streets, crowded houses and coffees.

“We have a kangaroo on the tracks, folks, and we need to stop for it to be removed,” explained the driver.

Just then the two men above walked past my window followed by a little knot of zoo staff carrying clipboards and cloths. One man carried what was obviously a tranquilizer gun and the other was carrying a some kind of technology. 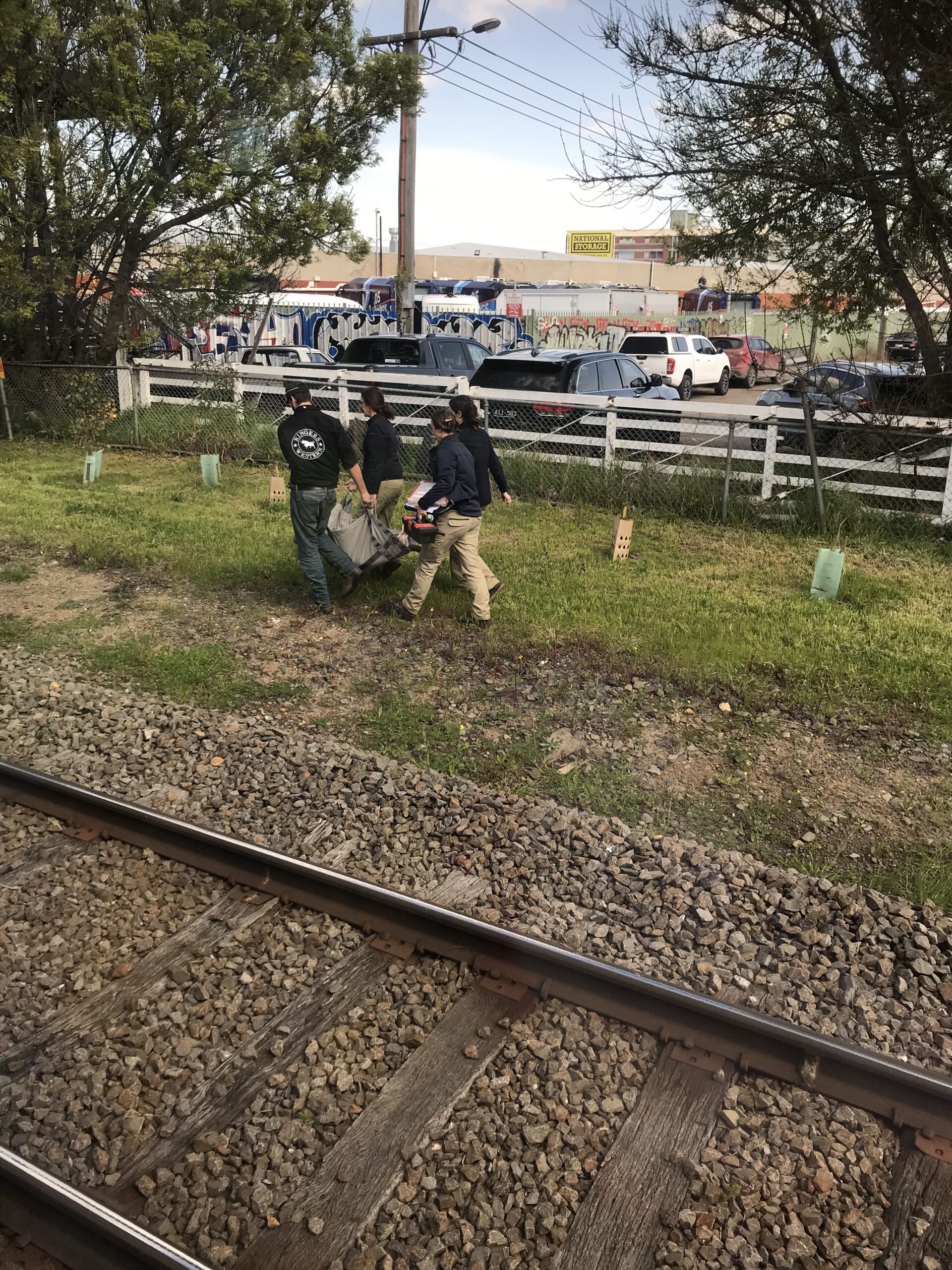 We waited and waited and then this little procession came back past us carrying the tranquilized kangaroo in the make shift cloth stretcher.  Talk about being on the spot.  Later Chanel 7 contacted me on Facebook and asked me if I had footage (I didn’t.  Another chance at fame and fortune missed.)

The kangaroo was taken into the local Zoo where sadly it died of stress and earlier injuries later.    Kangaroos occupy the same ecological niche as deer and can be similarly nervous.

This one had already endured a two hour trip to the city in the back of a hay truck a couple of days earlier and been chased by dogs on a nearby oval.  Wildlife spotters had been trying to catch up with the poor frightened creature for a couple of days and finally ran it to ground on a suburban railways track.