It’s Race Week and I spend the days at Flemington Racecourse station cooking sausages for all the staff there.  And there are many there, station staff, security men, racing club hosts, drivers, signalers and maintenance guys, who sometimes have nothing to do all day but tighten the screws on the BBQ and hold themselves in readiness in case a train breaks down or a protester purposely parks on the railway tracks and throws away the car keys the way they did last year.  Racing is Australia’s third biggest industry, the Melbourne Spring Carnival its biggest race week and consequently it’s also Metro’s biggest week.  A screw up on a race day can seriously dent your credibility as Connex discovered to its cost one year when a train fried itself to the overhead wires and thousands of people had to walk home.

I was bought up by ex-Methodists and consequently I knew little of Race Week until I came to work for the railways.  My parents looked askance at drinking and gambling and saw no need for the ostentatious spending of money on fabulous bags, shoes, clothes, make-up, hair and race tickets. 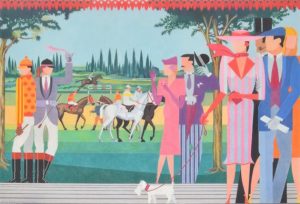 A day at the races II by Giancarlo Impiglia

But though I’d never spend that amount of money on self-adornment, I really appreciate that others do it.  All those lovely people on the morning train in hats and dresses and suits. They look so important even though they’re probably not.  The really important people are probably driven.

I have to admit that I also kind of appreciate the aftermath in a shamefully smug ex-Methodist way.

This Derby Day, I’d cooked 400 pieces of meat and I stank of sausage grease.  No need to moisturize that night. I took the train back to the Junction with people laughing, staggering and shouting.

On the platform two young men in beautiful suits and ties were doing the drunken waltz – The less drunk one trying to hold up a more drunk companion who is heading for the ground.  Round and round and down and down they went until finally gravity won and the more drunk man had a little lie down on the platform while his mate went off to find – who knows what?

As I plodded up to the station office, I passed another beautifully dress couple in their 40’s doing a similar waltz, he holding up her.  She was barefoot and hatless.  The air was loud with people yelling “Here I’m over here,” “There are no Taxis, call an Uber” and some of them just yelling.  God knows what it was like at Flinders Street and Southern Cross stations where most of the race-goers change trains.

“Someone’s passed out on Platform 4” I told the Station Officer who sighed, and called up the para-medic.  Out the back the other para-medic (two are rostered at the Junction every race day.  Also three extra cleaners) was out there taking care of a young woman throwing up in a bag.

I stayed in the warm office helping the Station officer deal with the stream of lost hats, wallets, bags and shoes and deal with drunks complaining about trains and asking for cabs and trying not to get too close to anyone so that they wouldn’t be overwhelmed by my eau de sausage.

By the time my train home came, the spare paramedic was down on platform 4 wheel chair at the ready, helping the young man haul his mate to his feet and watching tensely as they staggered round and round the platform until a train came in and took them safely away. 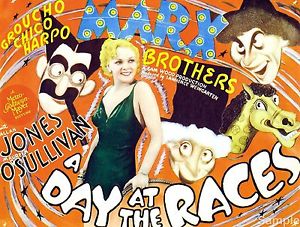 One thought on “A Day at the Races”