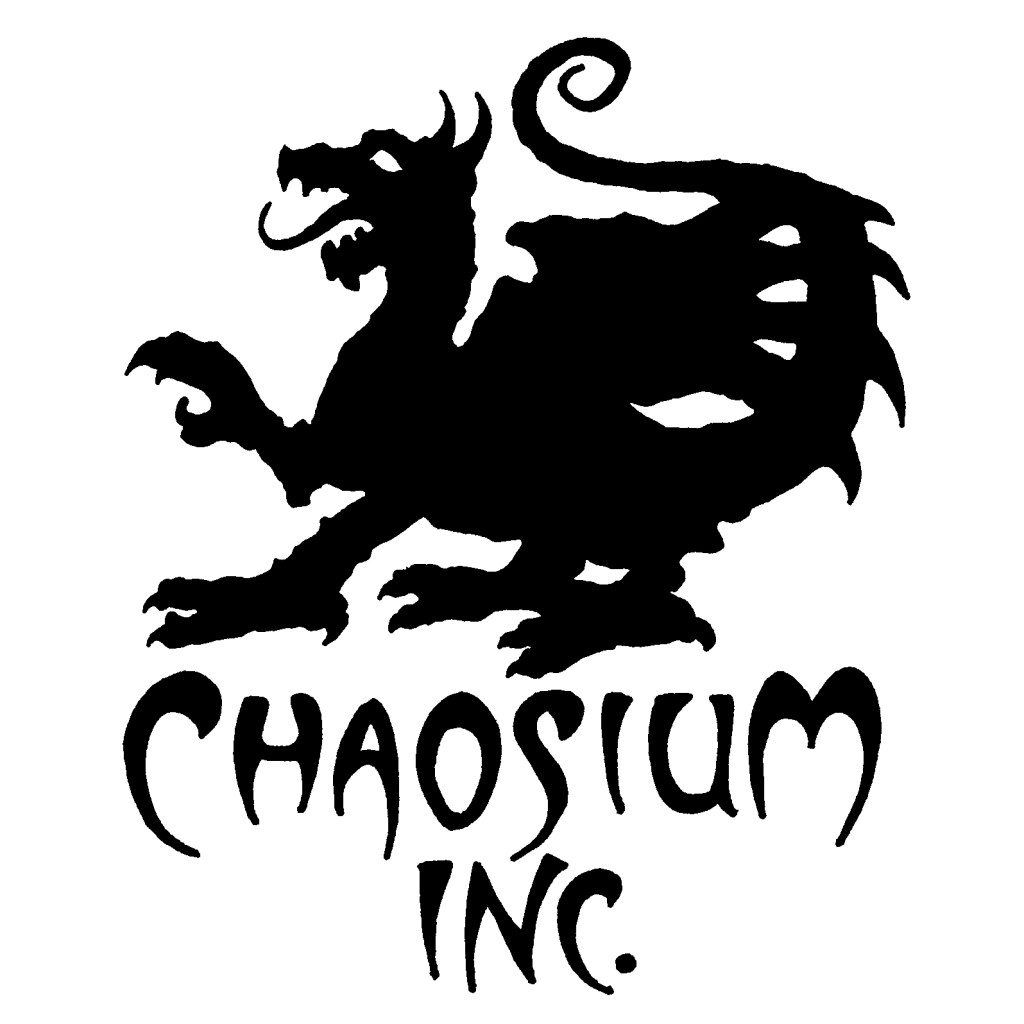 I’ve always loved Chaosium games – the rich cultural backdrop of Runequest and the dark gothic horror of Call of Cthulhu. Most of my roleplaying has been done in these two worlds. I was thrilled to discover a friend has become part of a new management team to reinvigorate the Company.

Michael O’Brien, could you tell us about the history and products of Chaosium, Inc?

Chaosium is an iconic company in roleplaying games – it’s one of the oldest publishers still around (founded in 1975), and has had a long track record of publishing interesting, innovative and often ground breaking material in tabletop gaming.

Chaosium’s most famous product lines are Call of Cthulhu, the horror investigation game set in H.P. Lovecraft’s Cthulhu Mythos, and the fantasy RPG RuneQuest. Both games were and still are pretty revolutionary in their approach. RuneQuest changed the paradigm of fantasy RPGs by having a gritty, realistic combat system where even a mighty warrior could be felled by a lucky bowshot (an outcome that becomes increasingly impossible in level-based games like Dungeons & Dragons). It is also set in Greg Stafford’s richly-imagined campaign world of Glorantha. Call of Cthulhu is of course distinctive because it’s the one RPG where characters who are librarians and the like are the heroes.

We’ve just published the seventh edition of Call of Cthulhu, and are bringing out a new edition of RuneQuest later this year. 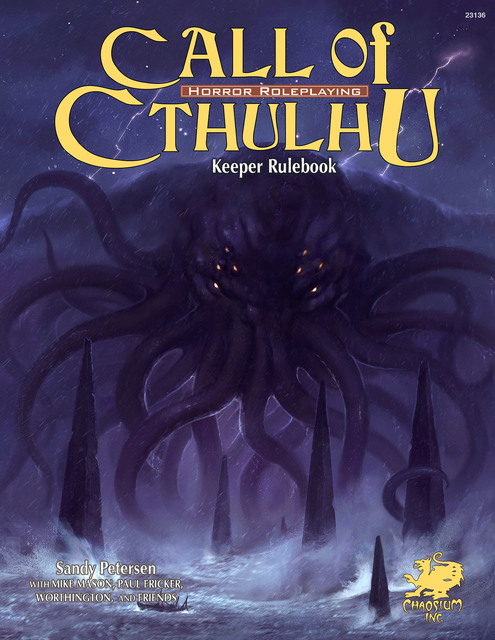 One of the things I love about Chaosium games is that they seem to be founded on the idea of Order versus Chaos. Would you say this is true and do you agree that this is a more palatable world view to the modern player than the idea of good versus evil?

The RuneQuest RPG deliberately eschewed the concept that the player characters are “good” and the monsters they encounter are necessarily “evil”.  In his earliest published adventures, Greg Stafford pointed out to Game Masters that if the adventurers turn and flee screaming, to not forget that the monsters get experience rolls too. In other words, the creatures they encounter have their own lives, motivations and connections, and intelligent ones have societies and cultures. This was ground breaking stuff in the early days of RPG, where even “good” characters seemed to just go round a dungeon killing monsters and taking their stuff.

“Chaosium” itself gets its name from the Oakland Coliseum, which wasn’t far from where Greg Stafford was living at a particularly chaotic time in his life. I look after our newsletter “Ab Chaos”, which includes the note (originally written by Greg) that it is “planned to be informal and irregular: we are, after all, not the Orderium”.
How does an Australian come to be Vice–President of Chaosium, an American games company?

Chaosium has always been something of a boutique company, and has come close to financial disaster several times in its long history. I, and several colleagues from Moon Design Publications, came on board at Chaosium mid-last year to help the company out of its latest troubles. This stemmed from two Kickstarters that had been badly mismanaged. A recent article at Geek & Sundry (with the clickbaity title “Cthulhu Company Kickstarted Itself to Death, Then This Happened”) tells the tale of how we turned things around, if anyone wants more detail: http://geekandsundry.com/cthulhu-company-kickstarted-itself-to-death-then-this-happened

Was Moon Design Publications set up especially for Chaosium?

Moon Design Publications is a company set up by my colleague Rick Meints in the mid-1990s, which began by reissuing RuneQuest material under license. Later Moon Design actually acquired the rights to the game RuneQuest and world of Glorantha from Greg Stafford, and in 2015 won the Diana Jones Award, one of the gaming industry’s highest accolades, for the coffee-table book The Guide to Glorantha.

Moon Design consists of Rick, who lives in Ann Arbor Michigan; Jeff Richard, who is American but lives in Berlin; Neil Robinson, who is originally from Canada, but lives in Seattle; and myself, in Melbourne, Australia (although I lived in the Middle East for many years until recently). We first met at games conventions in the UK.

I gather some of Chaosium’s founding fathers have returned with your team.

Yes, Greg Stafford and Sandy Petersen returned to lead in the company in June last year in an announcement titled “The Great Old Ones have Returned…” They were both shareholders before this, but had not been actively involved for many years.

Greg said he was “puttin’ the band back together” – and four of us in Moon Design later came on board both as part-owners and as the new management of the company. We have known and collaborated with Greg and Sandy on creative projects for many years. (I first met them in the mid-1980’s). Sandy cheerfully greeted this with the statement “I for one welcome our new Lunar overlords”. He and Greg are now members of the company board (Greg is chair) and creative consultants to the company, but day-to-day management is in our hands. Our first priority was sorting out the Call of Cthulhu Kickstarter.

Tell us about the latest Kickstarter campaign.

It was a lot of work (and money) turning the Call of Cthulhu 7th edition Kickstarter around, but backers have just started receiving their books, three years after the Kickstarter was launched. In contrast, last December we ran another Kickstarter to reissue RuneQuest 2nd Edition. Unlike the protracted Call of Cthulhu debacle, we had the rewards printed and ready for shipping in just over three months. We thought this was a very practical and capable way of instilling confidence in our fans that the new management of Chaosium is doing things very differently to the old.

Do you write or hope to write as well as manage?

I am involved in the creative side of the company, as well as being part of the management team. At the moment I’m working on a couple of board games which we’ll be releasing later this year, and have a hand in some projects for Call of Cthulhu and the new edition of RuneQuest.

Are there any opportunities for writers to become involved?

Certainly! We are not currently taking submissions at the moment while we review our processes, but this will soon change. We’ll be actively seeking out writers for our fiction line, as well as the game lines we support. 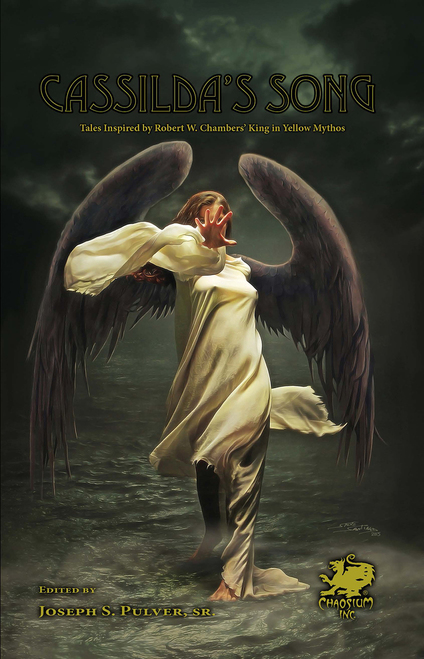 Can you tell us about any future plans for Chaosium Inc.?

I definitely think we’ve turned the corner and the future is looking bright for Chaosium – among other things, this year we are launching the new edition of RuneQuest (and even have original author Steve Perrin back on board with the writing team, along with Ken Rolston), are partnering with Sandy Petersen’s own game company to bring out The Gods War, a sequel of sorts to his Cthulhu Wars, set in Glorantha, and German games mastermind Reiner Knizia is working with us to bring out two new board games. This is in addition to the production schedule for new Call of Cthulhu stuff, Jim Lowder‘s sterling efforts as our consulting editor to restore the fortunes of the Chaosium fiction line, and our recently-launched Organized Play program. 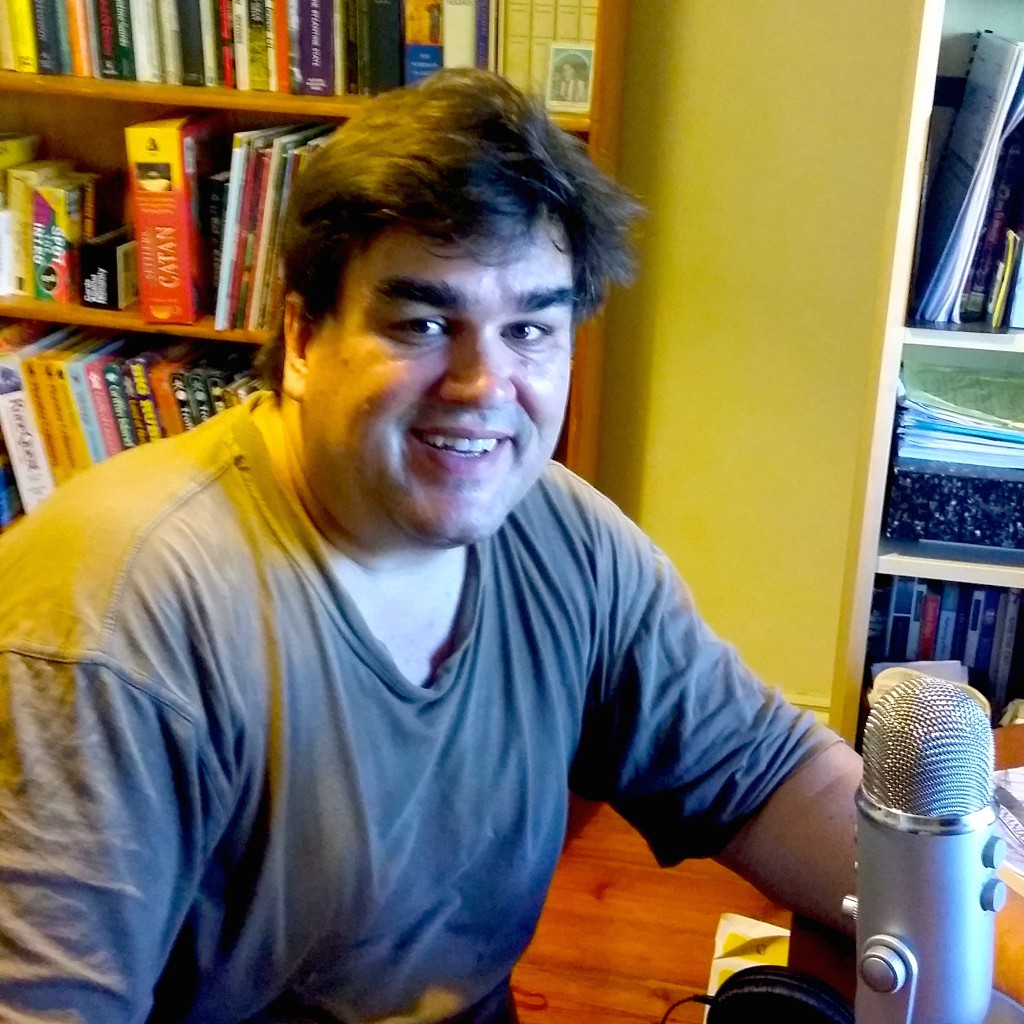